If you’re looking to learn Arabic, you’ve probably come across both Quranic and Modern Standard Arabic. Most Arabic language schools offer courses in both. But why? What is the difference between the two and which one should you learn first? Continue reading to find out.

Quranic Arabic is the form of Arabic in which the Quran (the holy book of Islam) is written. Quranic Arabic is also called classical Arabic. As the Quran was written as early as the 6th century A.D., the language will be slightly different from the Arabic of today.

Quranic or classical Arabic is based on the medieval dialects of Arab tribes. The sentence structure is the same as is used in the modern standard Arabic used today. The groupings, context and some of the words used are vastly different. There are some minor differences in grammar and punctuation of words between the Quranic and modern standard versions of Arabic.

In Classical (or Quranic Arabic), special symbols are used to signify proper pronunciation and to give emphasized effects to words, such as pauses between words. These written Arabic symbols are almost exclusively used in oral reciting of the Quran.

Most Arabic speakers who are Muslims will know Quranic Arabic as teaching the Quran is often a part of a child’s education.

Generally, most Arabic speakers will know both Quranic and Modern Standard Arabic.

Modern Standard Arabic (MSA), is the most widely used version of Arabic used today in Arabic speaking countries. MSA is used in virtually every media outlet from TV to movies to newspapers to radio broadcasts. Most books are written in MSA and politicians speak in MSA in debates and speeches. MSA is the Arabic that is used in everyday life in Arabic speaking countries.

Modern Standard Arabic is very similar to classical (or Quranic) Arabic. In fact, many Arabs use them interchangeably. Overall, the two types of Arabic are very similar.

Modern Standard Arabic uses new, modern words and phrases that didn’t exist back when the Quran was written. MSA also pronounces words, groups words and elicits a different context between words than in Quranic Arabic.

The Differences Between MSA & Quaranic Arabic

The difference between MSA and Quranic Arabic is in the form in which they are presented. Quranic (classical) Arabic is more common in literature and writing while MSA is more common spoken. Because both are similar, with a few minor differences, most Arabs can be taught one and quickly learn the other.

When deciding whether to study Quranic or Modern Standard Arabic, one should consider why they want to learn Arabic. If one wants to learn to read, write or gain a deeper understanding of the Quran, then Quranic Arabic would be a great fit. If, on the other hand, you’re thinking of traveling to an Arabic speaking country or want to be fluent in speaking Arabic, Modern Standard Arabic would be the most beneficial.

With both versions of Arabic being so similar, once you master one, you’ll be able to quickly learn the other.

Being fluent in Arabic has many benefits, especially in business. It will help set you a part and open up many more career opportunities. If you want to begin learning either Quranic or Modern Standard Arabic, sign up today at Arab Academy!

About the Author: Eman Mohamed 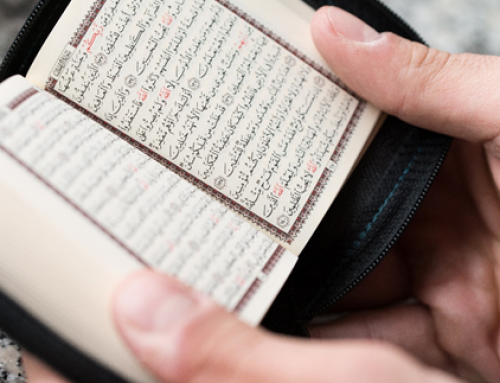 How to Learn the Arabic Language to Understand the Quran Gallery