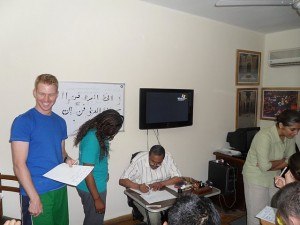 “Arabic Calligraphy is an Art”; this was the phrase that started the long anticipated lecture on Arabic calligraphy at AA. Although it may seem like a simple subject, not many people know how to write or read the different scripts of the Arabic language. Although it was a one hour lecture, which I wish could’ve been more, it was enough to give a brief introduction to our students and have them write with a professional calligraphy pen. We were lucky to have Mr. Mohamed Hamam, a professional Khattat, or Calligrapher, and a very good one. Once he sat down on his desk to write, he produced all kinds of calligraphy pens and tools. 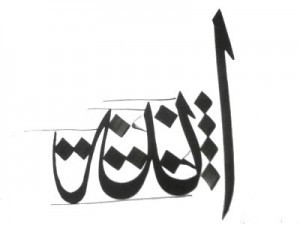 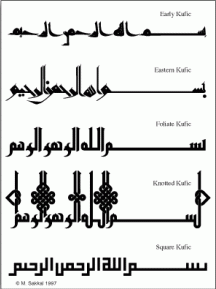 The more interesting pens were made from bamboo then cut (with a cutter by hand). Then he would dip it into a little bottle of ink and starts writing. One by one all students had their names written in different scripts.

Mr. Hamam explained that Calligraphy is an art, not just a means for communication and therefore; he wrote one name in so many different forms in so many different scripts. All the calligraphy I had seen while visiting monuments came to mind. Because Islam prohibits the use of icons in religious architecture, calligraphy serves as a means of decoration. It is in all sorts of objects such as vases, lamps and pottery. Calligraphy and the art of the pen are revered by Muslims; because in the Quran Allah makes an oath Swearing by Nun, a letter of the Arabic alphabet and the pen. Until today, there’s nothing that could replace the hand writing of calligraphy and computer scripts hardly do justice to such a rich heritage.[/vc_column_text][vc_column_text]“If you are interested in taking Arabic language courses, check out Arab Academy’s plans & pricing today!”[/vc_column_text][/vc_column][/vc_row] 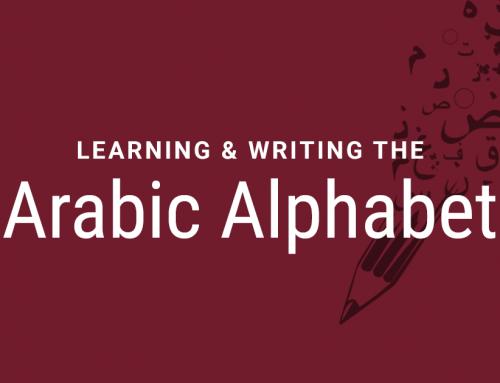