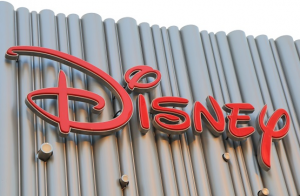 If you needed another reason to learn Egyptian Arabic, here it is: you’ll need to know it in order to understand your favorite Disney movie.

Disney has just announced that it will return to using Egyptian Arabic in dubbing (or translating) its movies. In 2012, Disney began using classical Arabic for popular movies such as Brave and Frozen. The decision was made after the company received much online feedback.

Why is this important? Isn’t Arabic Arabic?

The Arabic language has many of localized dialects and multiple regional dialects. The two major subdivisions of Arabic is classical Arabic (also called Quranic Arabic) and Modern Standard Arabic. The Quranic Arabic is the language that Islam’s holy book, the Quran, is written it. It is also used in many religious rituals. Modern Standard Arabic is the form of Arabic spoken by most people in the Middle East today. Islamic Arabic, standard Arabic and Egyptian colloquial Arabic are the three variations that one will encounter when interacting with those in Middle Eastern countries.

Islamic Arabic is also known as classical Arabic (or Quranic Arabic). It is considered to be the more sophisticated version of Arabic and is spoken mainly in religious contexts and settings.

Modern standard Arabic is a contemporary version of Islamic Arabic and is the most common form of Arabic spoken in more than 20 Middle Eastern countries.

Egyptian colloquial Arabic is a form of modern standard Arabic that is predominantly spoken in Egypt.

It may seem odd to learn a form of Arabic that is predominantly spoken in one country. However, there are many benefits to learning Egyptian Arabic, even if you’re not planning on visiting Egypt. These benefits include:

We offer Arabic language courses for all ages and experience levels. Each course has two parts: the first works on vocabulary, and sentence structure and the second part includes a live chat with an instructor and other students so that each student can put what they’ve learned into practice.

Our fast and effective program has been taught to students in more than  190 countries to students of all ages and prior Arabic language experience.

Some other reasons Arab Academy is a good place to learn Egyptian Colloquial Arabic include:

Egyptian Arabic is a great form of Arabic to learn as it is a popular form of the language used by international companies and Arabic media outlets.

Children (and those young at heart) would benefit from learning Egyptian Arabic if they want to enjoy their favorite Disney movies in Arabic. The announcement by Disney may be the beginning of more international companies choosing Egyptian Arabic as their preferred form of Arabic.

Egyptian Arabic can be learned quickly and effectively through the internationally-recognized Arabic language program at the Arab Academy. Contact us today to learn more about our courses.